No Result
View All Result

Welcome to Tavşanlı Chamber of Commerce

Our chamber was founded in 1930 and has become fully operational in 1971. In 1971, we had about 400 members. Emet, Domaniç and Hisarcık districts are within our chamber’s labour area. In 1985, a building land was purchased for our service facilities. In 1987, one storey was built and the roof was covered. However, it was rented, as it was not found to be sufficient for usage. In 1995, necessary arrangements were done to purchase a haemodialysis machine for Tavşanlı State Hospital. With the financial help of our chamber, 3 haemodialysis machines were purchased. In 1997, we took the attempts to receive some of the ambulances distributed by The Union of Chambers and Commodity Exchanges of Turkey to member cities, as a result we received one ambulance that was then presented and handed over to Tavşanlı State Hospital to enable them to help the community.

Each year, between 1996 and 1998, we delivered clothing aids to 400 students in need studying at Tavşanlı schools. Temtaş A.Ş., a joint venture composed of other chambers, non-governmental organisations and the people of Tavşanlı with the initiative of our chamber and the Tavşanlı municipality, participated in a tender for the transfer of Tunçbilek Thermal Power Plant for a 20 years period, included inthe scope of state privatization. As a result, the tender was won and the handover procedures were started. In 1999, we purchased a fully equipped ambulance to serve our members and the people of Tavşanlı. We are able to allocate this ambulance upon admission. In order for our service building to operate in full, we built 4 more storeys on top of the original one-storey building in 2000. In October 2001, it started its operation. After November, it started to serve our members.  In our service building, there are management units, an assembly-meeting hall, 3 guesthouses, a conference room for 125 people and a restaurant for 60 people. In 1996, works performed within the frame of the organised industrial area were accelerated and a land investigation was made accordingly.

Chairman of the Board 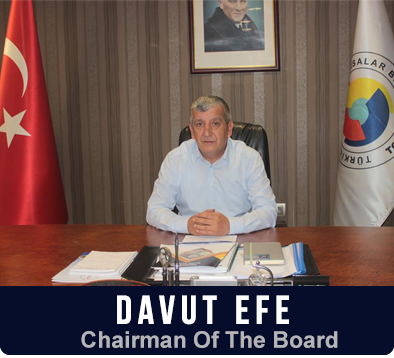 Previous
Next
No Result
View All Result